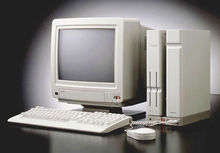 The X68000 (エックスろくまんはっせん Ekkusu Rokuman Hassen) is a home computer created by Sharp, first released in 1987, sold only in Japan.

XM6 Pro-68k
Focused on providing necessary debugging features and has decent compatibility. It has since been succeeded by TypeG in most regards.
XM6 TypeG
It can run in X68030 mode in high accuracy, good peripheral/expansion support and will run just about any game you throw at it.
MAME
Its X68000 core is still in a very early stage of development in terms of playability and should only be used if the debugging features of Pro-68k are lacking. Small work on it was put in several versions between 0.146u5 (2012) & 0.177 (2016), but working software started being added regularly from 0.178 and onwards.
XM6i
Built largely around being able to run NetBSD/X68k. While it can run games, it is clear that this is not what XM6i is focused on.
px68k
An open-source fork of the c68k emulator. px68k has a libretro core but lacks options like save states present in other emulators. It lacks MIDI emulation.
px68k-libretro
It is supported on Windows, Linux and Mac systems; and has portable versions for PSP, Android, and other platforms. Games' performance on this emulator (Both PC & mobile variants) is considerably faster than what MAME's X68 core can achieve.[1][2][3] This libretro branch was forked, starting on May 3, 2017, from hissorii's old build (Last updated on August 2014), backported 'c68k' core from kenyahiro's 'px68k' branch (fork of hissorii's 'px68k' branch using recent c68k yabause core to support X64 build). The Pandora version (An open-source handheld PC) by ptitSeb was forked from hissorii's 'px68k' branch and encapsulates the latest code from px68k-libretro (A spin-off of hissorii's branch). It should now have good performance as of Build 09 (March 2018).

Before first using the RetroArch core for px68k, make sure to go under the directory for BIOS files ("system" by default) and create a new folder called "keropi". Then inside that folder put cgrom.dat and iplrom.dat from this pack. If you're using standalone Pro-68k, put those two files under the same directory as the emulator executable.

You'll need the MS Gothic font installed on your PC as well. Make sure to decompress the games before playing them. The lzh extension means it's a compressed archive format popular in Japan in the nineties, but fortunately, it's handled by any zipping tool worth its salt (like 7-zip).

FDD0, FDD1
Floppy Disk Drive slots 0 and 1. You can choose another ROM from here (preferably from the current drive letter). Simpler games will use just FDD0, some like Nemesis '90 will have two disks to be loaded on FDD0 and FDD1, and multi-disk games will require going to this menu in-game at some point to change the disk image.
No Wait Mode
This makes fast-forwarding work in Retroarch if turned on.

On p68K-libretro, After the first boot, a “config” file will be generated in the “keropi” folder. You can enter your rom folder into the “StartDir” line to make it accessible from the PX68k-libretro core’s in-game menu.

Core options include some other things of interest: