GBE+, full name GB Enhanced+, is an open-source Game Boy/Color, Game Boy Advance, Nintendo DS and Pokémon mini emulator with the goal of emulating various peripherals not covered before. In the beginning, the main features were tile replacement, for custom sprites in games, or coloring Game Boy games. Later Shonumi (Named D.S. Baxter) turned his attention to obscure peripherals and has made many of these and titles that need them emulated for the first time. Currently the graphic enhancements portion of the emulator is not longer maintained[1].

The emulator is a continuation and rewrite of Shonumi's previous project - GB Enhanced, which was deprecated due to the core not being robust enough. The release version of 1.0 Beta came after 2 years of progress and rewriting. It was released on the same day as the original GBE, April 1st[2]. Since then, every year a new version comes out on that date. 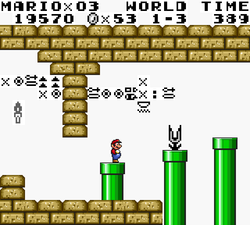