Dithering is a technique to increase the amount of color and shading that can be done on a system. The effect is achieved by using lines or dots which are then blurred by the low quality NTSC signals (composite or RF) that the system uses. Modern computers use higher quality analog VGA (RGBHV) or digital HDMI, DVI, or DisplayPort signals, which means that the dithering ends up being sharp and unblurred. 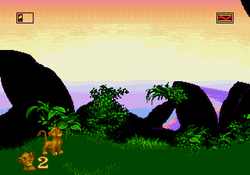 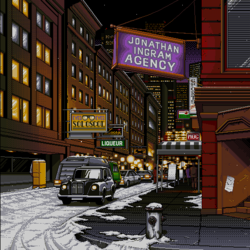 Unblended dithering in Policenauts for the PC98

Sega Genesis relies heavily on dithering. The waterfalls in Sonic the Hedgehog are a classic example.  A few SNES games use it as well (eg. Metal Warriors). Certain PS1 games, such as Silent Hill make heavy use of dithering. In that game, it is used for shading. Many other PS1 games have a checkerboard.

Dithering is frequently used for transparency effects in systems that cannot properly do them. Sega Saturn for one. The Saturn port of Castlevania: Symphony of the Night uses dithering for dialogue boxes, whereas the original PlayStation version has proper transparent boxes.

Many older computer games used dithering, though unlike with console games, it was not expected for the dithering to be blended into solid colors or proper transparency due to the sharper output of PC monitors. Of particular note are games for Japanese computers such as the PC-88/98, which often featured heavy use of dithering.

The intended effects of dithering are often lost in emulation due to PCs typically using VGA or HDMI signals. The dots or lines appear as they actually are with no blurring. Options: