nullDC-PSP is a free and an open-source Dreamcast emulator for PlayStation Portable, written in C++. It's an experimental stage and many games are playable but low fps, almost 5/15 FPS gameplay. 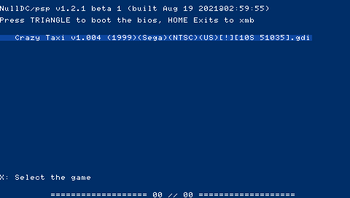