DeSmuME is a Nintendo DS emulator. It is the most accurate NDS emulator and is actively developed. It can be run from the command line directly or as a graphical program.

Regular version does not allow for upscaling 3D models. However a fork called "DeSmuME X432R" does allow for this.

It is also available as a libretro core for RetroArch.

DeSmuMe is currently the best Nintendo DS emulator out there. It is far better than No$GBA when it comes to accuracy.

If the game is slow.

If the sound is distorted. 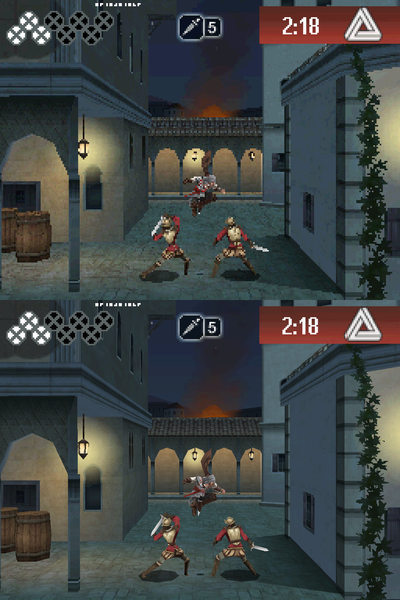 Mainline DeSmuMe does not offer any options for higher internal resolution than native. However, DeSmuME X432R is DeSmuME fork with the option to increase internal resolution. Be warned that this option is very system-intensive. There have been reports of people who can run Dolphin and PCSX2 at a perfect pace but can't run this at full speed using increased internal resolution, however newest versions are far faster.

While generally more accurate, the SoftRasterizer is massively CPU-intensive in this mode, whereas the OpenGL renderer shares the load with your GPU. This can be considered a speedup option, but it also boasts an MSAA option unavailable to SoftRasterizer.