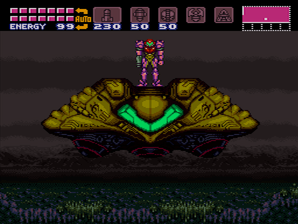 A sharper version with the phosphor coding removed, and light scanlines.

A multipass version with a "halation" effect that replicates the bloom of a CRT TV.

CRT Geom is highly customizable. You can open up the .cg file in Notepad++ and edit it. Regular notepad will work, but Notepad++ is recommended.

Shader parameters can be changed by editing the first value of the parameter at the beginning of the file, or through RetroArch's shader menu.

Raise the 0.3 to a higher value to make the scanlines brighter. I do not recommend going past 0.4, as at that point on bright colors scanlines completely disappear, and going further makes them appear again, but on the wrong field in said bright colors, which is inaccurate. Try 0.35.

If you find the shader looks too blurry, you can increase the sharpness by going to the sections in the code that have the following lines (should be at the beginning of both the vertex and fragment portions of the shader code):

then add these lines afterwards:

Replace "n" with either 2 for increased sharpness, or 4 for maximum sharpness. Then Ctrl+F and seek out any portions of the code that say "rubyInputSize" and "rubyTextureSize", and replace them with "InputSize" and "TextureSize" respectively.

To obtain thinner, 480p-esque scanlines, first tweak the shader to apply greater sharpness, but only apply it to the TextureSize. The code should look like this:

Again, this is for both the vertex and fragment portions. Don't forget to seek out any other instances of rubyTextureSize, and replace them with simply TextureSize.

Now, go to the beginning of the fragment portion, and modify it as such:

This will only yield satisfactory results at 4x integer scale. Anything else will likely cause problems. It might also be wise to disable the phosphor emulation, as leaving it on produces a "grid"-like effect, which may or may not be desirable.

For the original, to disable interlacing, comment it out:

If you find the effect too strong on the Halation version, go to the following line of code:

Lowering the last number reduces the effect of the halation. This is preferred since the default halation level is too high.