Difference between revisions of "Xbox 360 emulators" 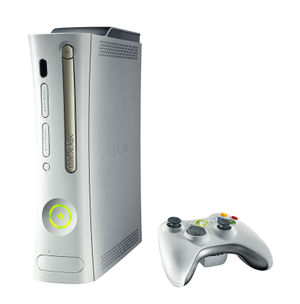 The Xbox 360 is a console produced by Microsoft in 2005. It is notable for being the first console of the 7th generation. Later, the console's life saw several updates to its OS, the dashboard, to alter its appearance, as well as the option of a motion-sensing camera, the Kinect.

NO EMULATORS ADVANCED ENOUGH TO RUN COMMERCIAL GAMES PROPERLY EXIST YET.
THAT YOUTUBE VIDEO IS PROBABLY A SCAM.
YOU CAN GET THE REAL HARDWARE OR A TIME MACHINE.

Despite this console using the same architecture as PCs, it is not any easier to emulate than other consoles as the architecture used is complex and uses undocumented hardware. Likely. We have no way to know for sure because the console is, you know, not even hacked yet to a degree we can look and test stuff and tell for sure, let alone for a full emulator to be written.

Due to requiring a large amount of resources (see Dolphin and PCSX2 for specifications for their respective consoles), as well as the hardware not being properly documented yet, there is currently no usable Xbox 360 emulator. However, there are a few emulators in their proof-of-concept stages right now.