Difference between revisions of "Wii emulators" 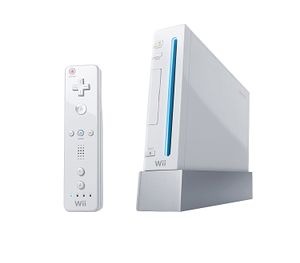 The Wii is a 2006 console by Nintendo. Because of similarity between the Wii and the GameCube, Wii emulation happened very quickly through GameCube emulation.

The Triforce is an arcade system board developed jointly by Namco, Sega, and Nintendo, with the first games appearing in 2002. The system hardware is based on the Nintendo GameCube with several differences, like provisions for add-ons such as Sega's GD-ROM system and upgradeable RAM modules. Wii emulators can also play Triforce games.

Dolphin is the only option for Wii emulation. It is updated on a near daily basis and has very good emulation of almost everything. System requirements are high, moreso for Wii games than GameCube. In addition, it is recommended to sync a Wii remote to play games, as it can be difficult mapping the motion controls to a controller, especially if MotionPlus is required.