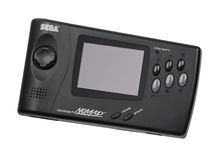 Genesis Plus GX
A very solid emulator for the Gamecube and Wii. The only thing it lacks is 32X support, and a native desktop port; the only way to get this emulator on the desktop is to use the libretro core, which allows for all the benefits of RetroArch like shaders, dynamic sync, and other enhancements. The version used in BizHawk adds features for speedrunners.
Kega Fusion
The project of an employee with previous experience at Sega. Kega Fusion has high compatibility, is easy to use and has plugin-based filter support. But it has some issues on newer versions of Windows.
Regen
A focus on accuracy as earned it high compatibility with games, but it does not emulate the Sega CD and 32X. It also allows overclocking.
Exodus
Think bsnes but for the Genesis. Even though higan is also getting into the Genesis game, Exodus has already achieved cycle-accuracy at the familiar cost of high system requirements. It is the newest Genesis emulator and is far from complete.
Gens
Close to Kega Fusion in features and compatibility, but has largely been surpassed by better emulators. There are many different forks and iterations of Gens, so your experience will differ quite a lot depending on which version you use.
BlastEm
Aims for cycle-accuracy but unlike Exodus, aims for lower system requirements. It has substantially higher compatibility than Exodus but falls short of Genesis Plus GX.
higan
Also developing cycle-accurate Genesis emulation, akin to its very own SNES emulator bsnes. It's promising but incomplete. However, it can be used in the latest builds.
MAME
Has the parent drivers genesis, sms, gamegear, segacd, and 32x. Green drivers are reported as OK, where red ones are reported as not working as of version 0.200.