Difference between revisions of "PlayStation 4 emulators" 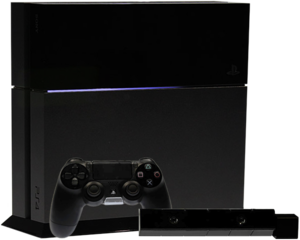 NO EMULATORS THAT CAN RUN COMMERCIAL GAMES PROPERLY YET. THAT YOUTUBE VIDEO IS PROBABLY A SCAM.

Even though the PS4 does have an x86 CPU like normal PCs, it doesn't mean it'll be easy to emulate as the x86 instruction set is huge[1]. However, nearly all of x86 instructions are well documented (though some other specifics aren't) so the possibility is there. Another thing is there is currently no documentation on the GPU (a modified Radeon 7970M with disabled stream processors) used in the PS4's APU and the console isn't hacked - please don't even ask about PoC emulators until it's hacked. All that said, don't expect any functional PS4 emulators for a very long time, like 10 years.