The libretro ports of Nestopia[2], FCEUmm[3] and Mesen[4] have the option to output the raw chroma, level, and emphasis from the PPU through the RGB color channels. This by itself produces an image with completely bizarre colors, but this can be decoded by shaders to generate actual colors, the main examples being GTU-Famicom[5][6] and nes-color-decoder[7][8]. 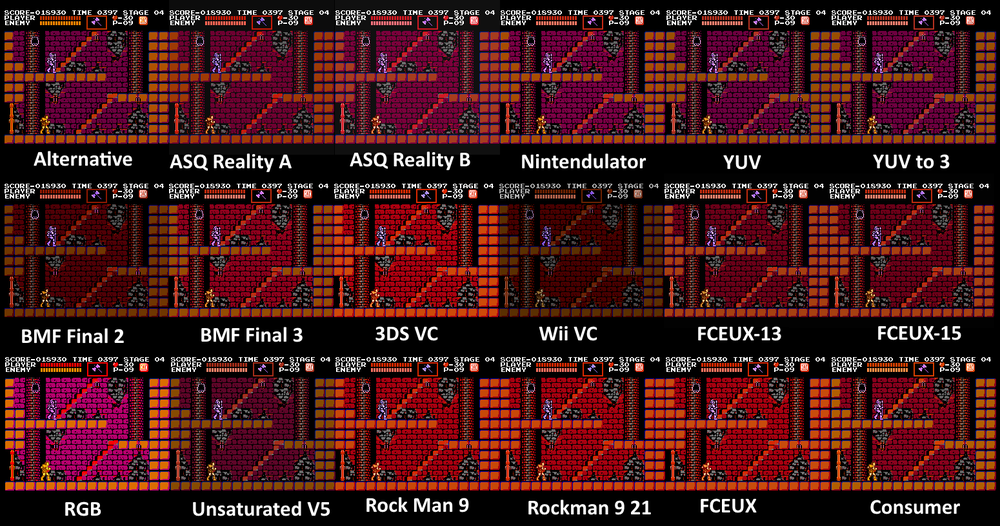